So, my younger brother build himself a cnc-router. A few pictures where enough, i wanted that!
I love woodworking, i enjoy good quality tools.
I also love computer drawing, programming, elektrical enginering.
So after weeks of reading, i knew what i wanted.
I ordered the basics from openbuild, they use e very nice rail system. 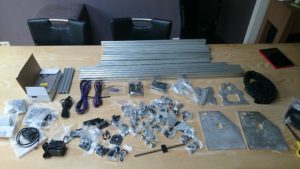 After weeks, i got me the components.

Openbuild is strait forwards, lots of video’s on internet with instructions.
I decided to use a not commonly used Makita router, type RT0700CX3J. 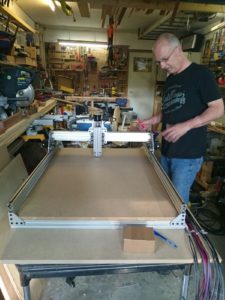 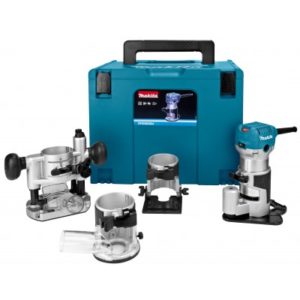 Until now, Makita was worth it’s money. 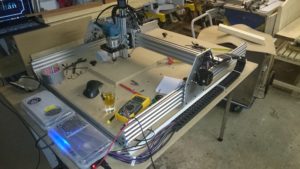 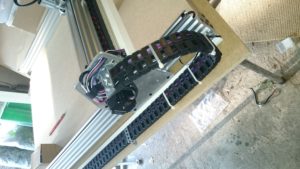 Openbuild of uses the arduino with a cnc GRBL Shield, i did not like it, since it gave me a lot of chrashes.
I replaced the arduino  with the TinyG board, from the same factory. 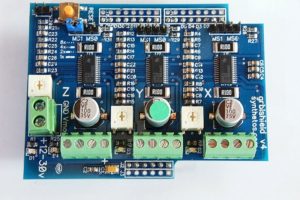 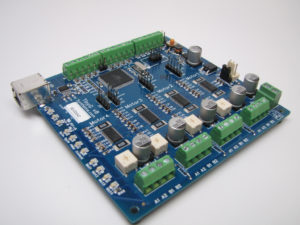 Although now controlled by a webpage (ChiliPepper), it did not fail me anymore.
It also has connections for limit switches, i did wire and connect them, but this is not reliable,
you need sensors, not switches that react to dust and heavy vibrations.

So the fun began. I’m still experimenting. I now use Artcam to draw and to export to gcode.
I downloaded the free Fusion 360, i will try that later, you have to learn how to use it.
Artcam is more easy and it naturally supports V-bit letter carving, and i like to make signs….. 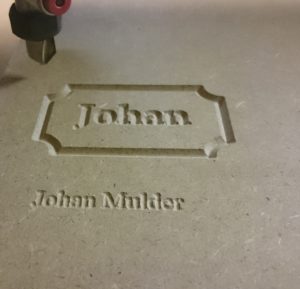 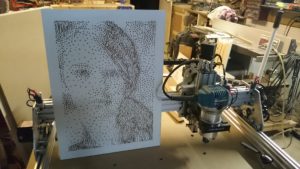 The photo  above was fun, but creating foto using the free program Halftoner V1.4 is stunning.

You drill thousands of holes using a v-bit. The size of the hole defines the black level….. Amazing: 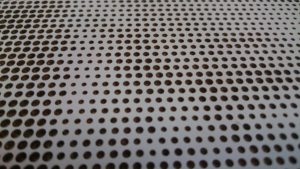 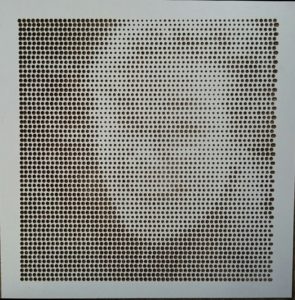 If enlarge the photo (Click on it) and you get away from the screen a little, you will see the picture better…..

You can also throw away your scrollsaw: 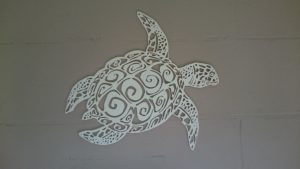 The possibilities are limitless. I will keep you updated.

But for now my Job at IBM is ending, so i need to work on a new career aspect.
I’m  little ready with  IT, so maby CNC and elektronic drawing might be a new future!